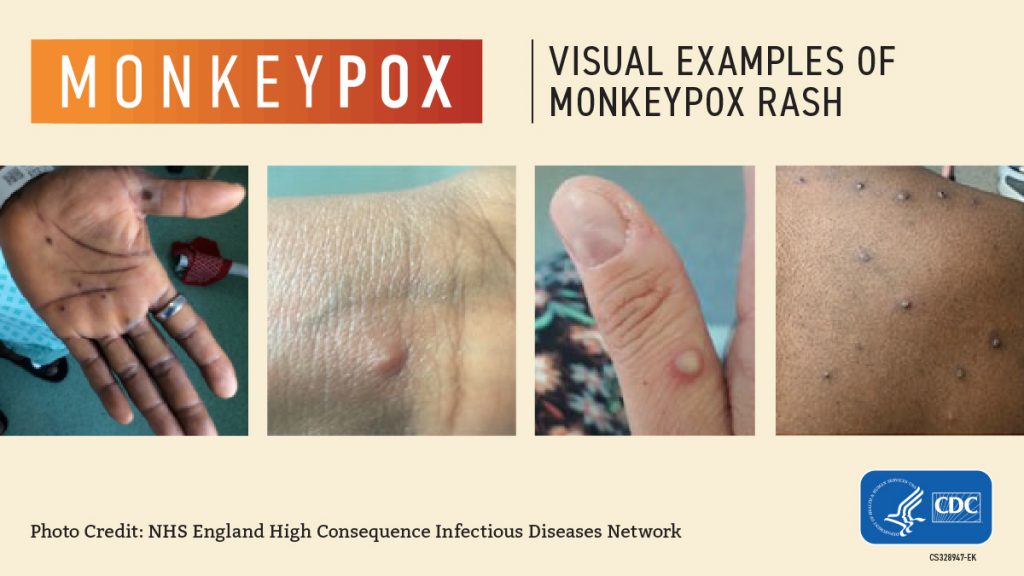 What is Monkeypox (MPX)?

Monkeypox is a rare but serious illness caused by infection with the monkeypox virus. Monkeypox can infect humans and other animals, such as monkeys and rodents. It typically involves flu-like symptoms and a rash that includes bumps that are initially filled with fluid and then scab over. MPX can be confused with infections like syphilis, herpes, or chickenpox.

What are the symptoms of MPX?

The MPX rash can look like pimples or blisters that appear on the face, inside the mouth, and on other parts of the body like hands, feet, chest, genitals, or anus.

Sometimes people get a rash first or only develop a rash and no other symptoms.  Some individuals in the current US outbreak have experienced rashes only in the genital region or other body parts.

How is MPX spread?

MPX is spread in different ways:

MPX is not limited to any sexual orientation or group of people. Anyone who has been in close contact with someone who has MPX is at risk.

Can I get MPX from having sex?

Even though it is not considered a sexually transmitted infection, MPX can spread during intimate physical contact. This can happen when you have sex including:

How can individuals prevent getting MPX?

What should I do if I have symptoms?

If you start experiencing symptoms, the most important step you can take is to stay home and isolate yourself from other people in your household. Be alert for the appearance of new rashes characterized by sores, bumps, or fluid-filled bumps, and seek medical evaluation if you develop such a rash. Before your visit, notify your healthcare provider that you are concerned about monkeypox, and whether you recently had close contact with a person who had a similar rash or a person who has been diagnosed with monkeypox.

How long does MPX last?

The illness usually lasts 2-4 weeks. Individuals are infectious until they no longer have a rash. The health department will work with individuals to determine when they are no longer infectious.

Can MPX be treated?

Questions about the vaccine for MPX

The vaccine supply in Maryland is currently limited. At the moment, vaccine is being prioritized for people who have a known exposure to someone with monkeypox.

Eligibility- At the moment, vaccine in Maryland is being given to people who have a known exposure to someone with monkeypox. If you think you have had an exposure, talk with your healthcare provider.

Vaccine- The JYNNEOS vaccine is recommended for people age 18 or older who are at high risk for monkeypox infection.

Doses- Two-dose vaccine. You should receive the second dose at least 4 weeks after the first dose.

Side effects- Side effects are usually mild. Most people have redness, swelling, and pain where they got the shot. Tiredness, headache, and muscle pain can also occur after vaccination. 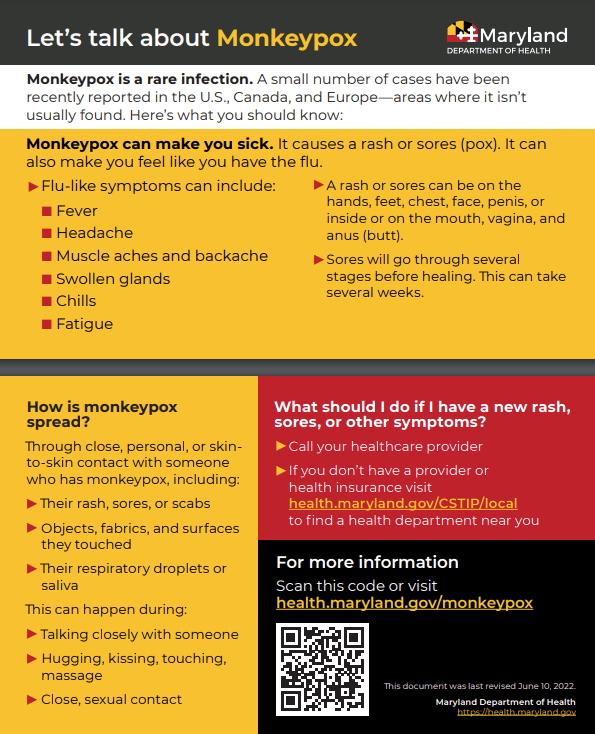 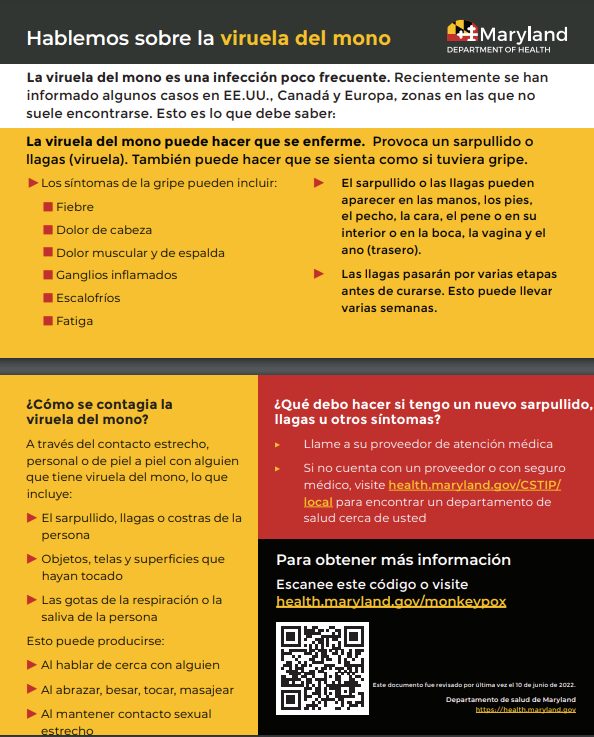 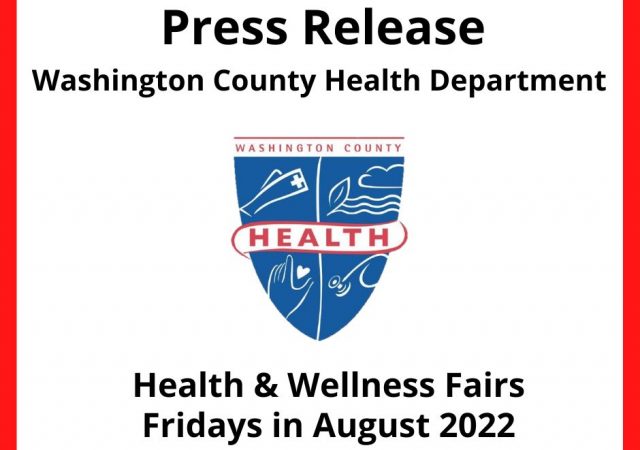 Health department staff will continue to go out in the communities of Washington County, Fridays from 10 a.m.-2 p.m., throughout August, for mini … END_OF_DOCUMENT_TOKEN_TO_BE_REPLACED