BALTIMORE, MD – The Maryland Department of Health today released preliminary data today for unintentional drug and alcohol-related intoxication deaths through the third quarter of 2018. During this nine-month period, which encompasses January through September 2018, there were 1,848 total unintentional intoxication deaths, an eight percent increase over the same period in 2017. Of the total, 1,648 were opioid-related deaths, a 10 percent increase, which can primarily be attributed to fentanyl.

“We’ve seen a continued decline in heroin-related deaths since the third quarter of 2017, but despite that positive trend fentanyl-related deaths and cocaine-related deaths in combination with opioids continue to surge,” said Maryland Department of Health Secretary Robert R. Neall. “Treatment and prevention options are available 24/7 for those who need help by dialing 211 and pressing 1, or by texting your zip code to 898-211.”

Fentanyl continues to be the deadliest substance, with 1,449 fentanyl-related deaths occurring in the first three quarters. This is a 24 percent increase over the same time period last year. Fentanyl was complicit in 88 percent of opioid-related deaths during this period.

“Here in Maryland, all of our state agencies are highly engaged with local governments, the private sector, faith-based organizations, and service providers statewide,” said Steve Schuh, executive director of the Opioid Operational Command Center. “As fentanyl continues to ravage our communities, all hands are on deck and we are all working together to fight this epidemic.”

Fighting the heroin and opioid epidemic in Maryland has been a top priority of the Hogan-Rutherford administration. The Maryland Department of Health, in partnership with the Opioid Operational Command Center, and other state agencies, continue to collaborate with federal, state, and local partners to fight to reduce the number of overdoses and resulting fatalities in a multitude of ways.

Before It’s Too Late is the state’s effort to bring awareness to this epidemic—and to mobilize resources for effective prevention, treatment, and recovery. Marylanders grappling with a substance use disorder can find help at BeforeItsTooLateMD.org, by calling 211 and pressing 1, or by texting their zip code to 898-211.

The Maryland Department of Health is the State agency that protects Maryland’s public health. We work together to promote and improve the health and safety of all Marylanders through disease prevention, access to care, quality management, and community engagement. Stay connected: www.twitter.com/MDHealthDept and www.facebook.com/MarylandDHMH.​ 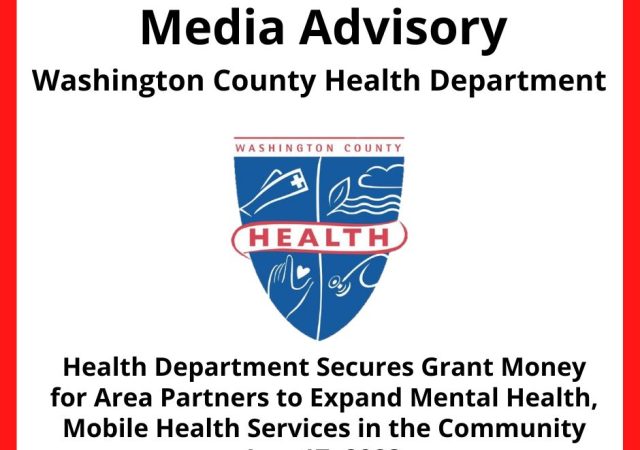